Will they cut our supply lines?
Besiege our wet isle?
Are we really significant
Or in Edwardian denial

We voted knowing nothing
And we know nothing still
Except there'll be losses to both sides
As economic graves fill
Posted by James at 07:00 No comments:

It took a long time, but a little over two weeks ago I finally succumbed to getting a smartphone. Not that I was discontent with my ordinary phone, after all, it did what I needed; Sent texts, gave me the time, had an alarm, and allowed me to make and receive the odd phone call.

But it became increasingly obvious that the ability to see what the trains were doing (since information is scarce across the Southeastern network) and to see when buses would be coming along (to save a toddler getting too bored), was becoming necessary.

The upshot is all the other clever things of course, such as being able to see where and how far you've walked, to search for a book in the library using the barcode of a book found in a shop, and of course having a camera handy whenever you want it.

So, here's a (somewhat fiddled with) photo I took this morning of a tree at my home station. 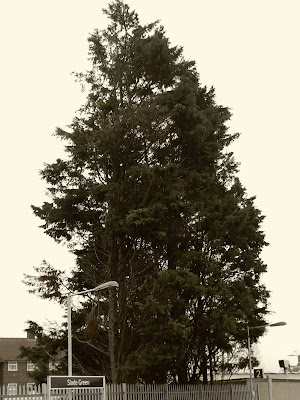 Happy weekend!
Posted by James at 15:26 No comments:

Welcome to the Reboot

I realised recently that I started this blog before my first daughter was born, and I had different intentions for it all the way back when. Now I find I rarely blog, and realised that it needed a refresh, and I needed a new way of looking at it - so here we are.

Since I don't get so much time for the creative writing, with these two scallywags now at home: 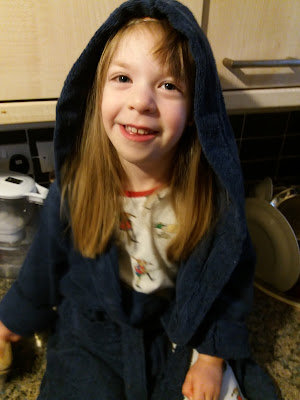 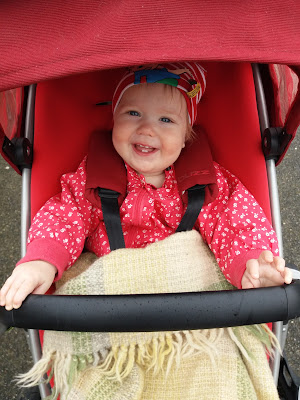 And since I primarily wanted this blog to be about writing, I have not really felt able to post much more general things (although I think I did more at first - hence the need for a change of perspective).

So, there will be poems, perhaps a story, but mostly it will be family things and thoughts on life and the world in general.

It's twenty years to the day since Buffy first aired in the US, although it first aired in the UK on 31 December 1998; I didn't see it until the day after, however.
I still remember having seen trailer's in the weeks preceding and something resonated inside me. Knowing I would be at a party on new year's eve, I recorded Buffy (do you remember video recorder's?)
I sat down to watch it sometime after midday on New Year's Day, feeling slightly worse for wear, but was still rapt by the show. I fell in love with Buffy that day (the Slayer, and the programme) and it became the first show that I could not miss under any circumstances. I could never go out on days it was on, or at least I would rush home if I had been out.
This became much harder in season 7 here, when they aired three episodes a week, which perhaps explains why I have less affinity, and fewer memories, for that season.
Buffy has also been the last show that I could not miss under any circumstances. Partly this is due to the fact that shows are now available on catch-up, but it must also be because so other show has captured my imagination since - and for that reason I still miss Buffy now and again, in the same way as i miss certain summer's and certain people.
I have a lot of fond memories of particular episodes, which then feed back into memories of my late teens and early twenties, the university years, first jobs and moving to London - some good and some bad. But life was very livable while there was Buffy to look forward to the following week.
Sometimes it feels a bit tragic that you can watch a TV series on demand, where you see several episodes back to back and you've completed the season in a fortnight. There is something special in the slow burning, the unfolding, across a six month period; although you could recreate this today, you would have to have a very strong will.

As a fun exercise for myself, since I realised that the 20th anniversary was coming up, I decided to pick 20 episodes which have stuck in my mind for various reasons.
On inspection, many of them are connected by a sense of changing the circumstances of characters to really develop them, and in clever ways, such as: "Once more with feeling", "Tabula Rasa", "Something Blue", "The Wish" and "Doppelgangland" amongst others.
Others are connected by coming up with original and brave storytelling, such as: "Hush", with little dialogue, "The Body", with little background music, "Restless", an anti-last episode of a season, and "Once more with feeling", a musical episode.
But, for me, they are all connected by being great episodes that I have enjoyed, and that have stayed with me over the years.
So here is the list of twenty, in order of season.