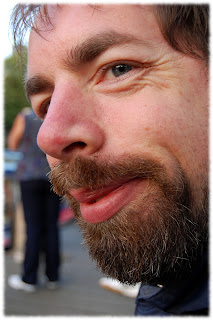 Born in Hillingdon and brought up first in the greyscale of the London suburbs before moving to the technicolour of the West Country – from petrol fumes to paradise as I said at the time.


I was a voracious reader from a young age, loving the adventure contained within Tintin and the Enid Blyton stories, but also the invention and imagination of Science Fiction by HG Wells, Jules Verne & Nicholas Fisk.


Although I wanted to be an author at the age of five (alongside being an artist and a snooker player!) writing never became a key part of my life until the 3rd year of my Mathematics and Statistics degree. Perhaps all those equations made me hanker after something a little more creative.


At that time I wrote a short story called “Zombies, Robberies and Two Games of Scrabble” which went down well with friends and family; the plot is probably somewhat easy to guess at, but sadly no copies of it now remain. Since then I have written when I can, interspersed within the matrices of life and work, even creating a fanzine for by dad’s skittles team which ran for the one season that I wrote it before I moved to London.


I have drifted through several jobs, albeit more settled now, along the way writing poems and stories for colleagues, as well as for myself, and had a poem published in 2009 in an anthology. In 2011 I published a collection of short stories and poems primarily to create some order on my hard drive. In recent years I have had several poems published on Poetry 24, and a haiku in Haiku Journal (see the publications page).


I still read at least one book a week, taking in a wide interest of crime thrillers, historical fiction, fantasy and factual stories, alongside the science fiction and adventure, a love of which I still keep to this day. I have also discovered a pleasure in the poetry of Dylan Thomas and John Clare, both of whom used the form in different ways but still painted vivid pictures.


When not writing I enjoy listening to folk music, travelling, cooking and rarely miss Test Match Special when England are playing. I live in London with my wife, who is Swedish, and my two wonderful and infuriating daughters.


In my writing I try first and foremost to entertain, either by using humour or a sense of adventure and the unusual, although this doesn’t always work out; I am by no means a literary writer. And I am still very much exploring my craft, which I expect to be doing for the rest of my life, since I am sure that all writers continue to explore.


As humans I think we are fascinated by what others have done or are doing, whether they are friends or foes, and we all want to be told tales either from a celebrity gossip magazine, or from a humble paperback.