It's not often that you get the combination of a nice day and trains running at the weekend, so I took to advantage of taking my oldest daughter out to Abbey Woods.

We started out by looking around the ruins of Lesnes Abbey, and what would have been the monk's gardens: 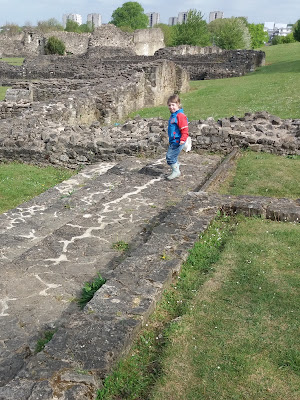 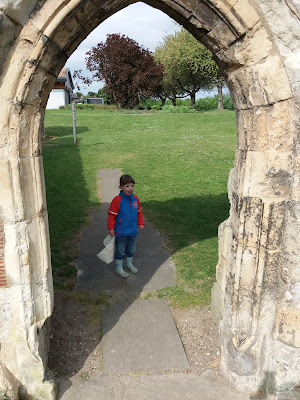 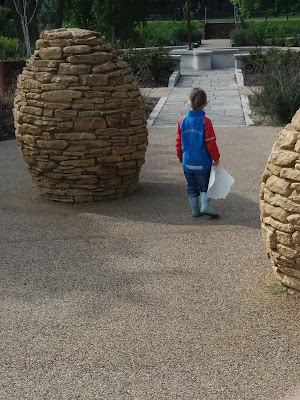 Then we got into the woods, where we came across a dinosaur (in actual fact an extinct mammal called a Coryphodon): 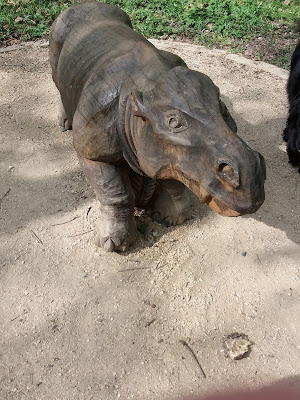 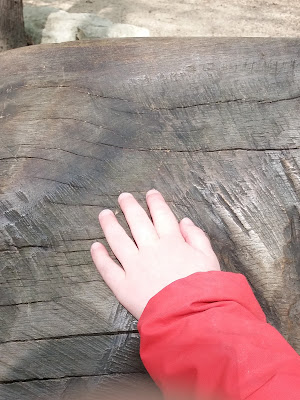 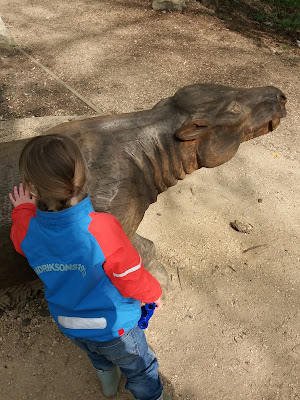 There were also plenty of gorgeous bluebells around, and in one field was a carved tree: 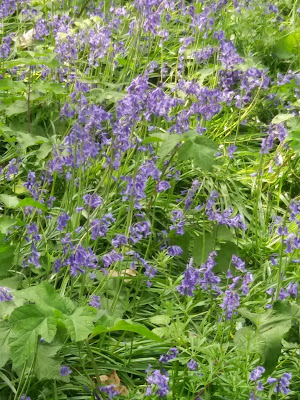 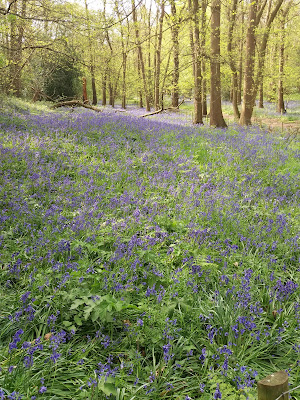 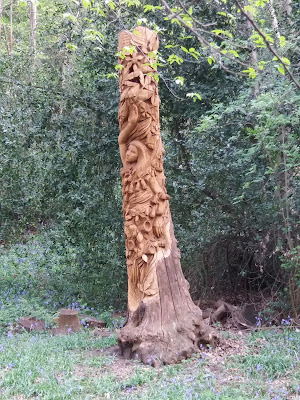 Email ThisBlogThis!Share to TwitterShare to FacebookShare to Pinterest
Labels: Days out, family, Nature

The Masacre of Mankind

A book I have been waiting for all my life, and a book written with both love and imagination. 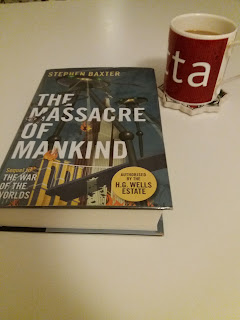 In a lot of ways, I have lived with the Martians for more than thirty years now. I can still remember sitting on an old sofa with a bowl of shreddies in my lap, and hearing the voice of Richard Burton for the first time tell of the coming of the Martians. By the time the first cylinder had opened on Horsell Common and the pulsating wet leather of it's contents disgorged, my breakfast was sitting soggily on the floor with my appetite vanished, with the speed of a man turned to flame by a Heat Ray.
I was terrified, and I was thrilled and I was in love with War of the Worlds (at least the musical version).
That was before I read the book, which I soon also fell in love with, although perhaps not the cover depicting the brain and tentacle combination of the Martians, which always had to go face down before I fell asleep; I would always hurry back from the darkness of the bathroom in the middle of the night lest a tentacle grab me!
And every year at midnight on the 12th August my eyes would turn skyward for a flash of green, a puff of smoke, but thankfully none came and the Earth remained un-invaded (from space at least).

And so onto the sequel, published 120 years after the original, and a book I began with both excitement and trepidation. Having known of the publication in advance, I had already read some of Stephen Baxter's books, and enjoyed them. And knowing him to be a good writer, my excitement was greater than my trepidation, and I was not disappointed.
The original story has been cleverly used and enhanced, and in a style that flows neatly from one to the other. Neat references have been made to the original book, but also to 'unofficial' sequels that came out at the time, to Orson Welles radio dramatisation and to Jeff Wayne's Musical version.
And it is also noticable how Baxter has obviously taken as much pleasure in destroying various worldwide major cities, as Wells did in destroying much of Woking.

So, are the Martian's stopped for a second time? And how, for they will surely not succumb in the same way as before? You will have to read it to find out. And was the book any good? Well, I have read War of the Worlds more times than I can remember, and I think that this book will end up being read almost as many times in the future, and I can think of no better way of saying that I loved it, than that.